Move On, in Glasgow, was established in 1997 to support people affected by homelessness and vulnerable young people who have been in care, or not engaged in education, training or employment - with literacy being the main focus of their employability programmes. From initially providing crisis support and resettling those who were homeless, they have now developed longer term proactive services including employability, support, peer education and training.

They have built a reputation for transforming many young people’s lives, helping young people to progress onto further education, training and employment.

Many young people due to their life experiences often found it difficult to express their emotions. What is often thought as anti-social behaviour often results from frustration at not being able to express themselves properly.

Literacy is the key focus for their employability programmes, rather than stigmatising any challenges they face with their reading or writing, they focus on the creative aspects of literacy, using interactive games and Glasgow dialect to encourage young people to put their thoughts and feelings on paper.

Move On received financial support from the David Doig Foundation to deliver a creative writing workshop, employing a local writer to work with 10 young people, over a four week period.  The sessions aimed to unlock the young people’s creativity and encourage their interest, helping them learn how to express themselves.   At the end of the project a celebration event was held, which was attended by a local author, to showcase the writings produced. The group were engaged, their confidence had visibly improved, they were animated in group discussions with a local author and, most importantly, they were enjoying the art of reading and writing.

Paul attended the workshops. Before starting, Paul had poor literacy skills, had low self-esteem and confidence and was disengaged at school. During one of the workshops, he shared his idea of a character that he would like to bring to life. At this point, Paul was so enthusiastic about his story, he wrote a script for the character, which included the character’s backstory and life in Glasgow.  Paul’s confidence grew throughout the creative workshops, he felt confident in asking for help and he also became more open to suggestions on how to improve grammar and descriptive writing. Staff at Move On noticed the change in Paul and how his face lit up when his character came of life. Paul was also praised by the local writer who was impressed by the level of thought and creativity he possessed

Paul said ‘I never thought I would enjoy things like literature, I always felt pretty useless and disengaged at school’. Laughter and humour were a big part of the activity and Paul said he’d be “looking out to make sure the writer didn’t steal his ideas for future ventures and would be wanting a cut of any royalties!”

Two young people went on to full-time courses in bakery and catering and two found employment in the catering and retail industry. Two later completed the Scottish Qualifications Authority (SQA) Employability Award and two completed the SQA Personal Development Award. This was a great outcome given their reluctance to previously put pen to paper. They were also more forthcoming in asking for help with spelling and sentence structure, whereas before they would have either written it incorrectly or simply put their pen down in frustration. 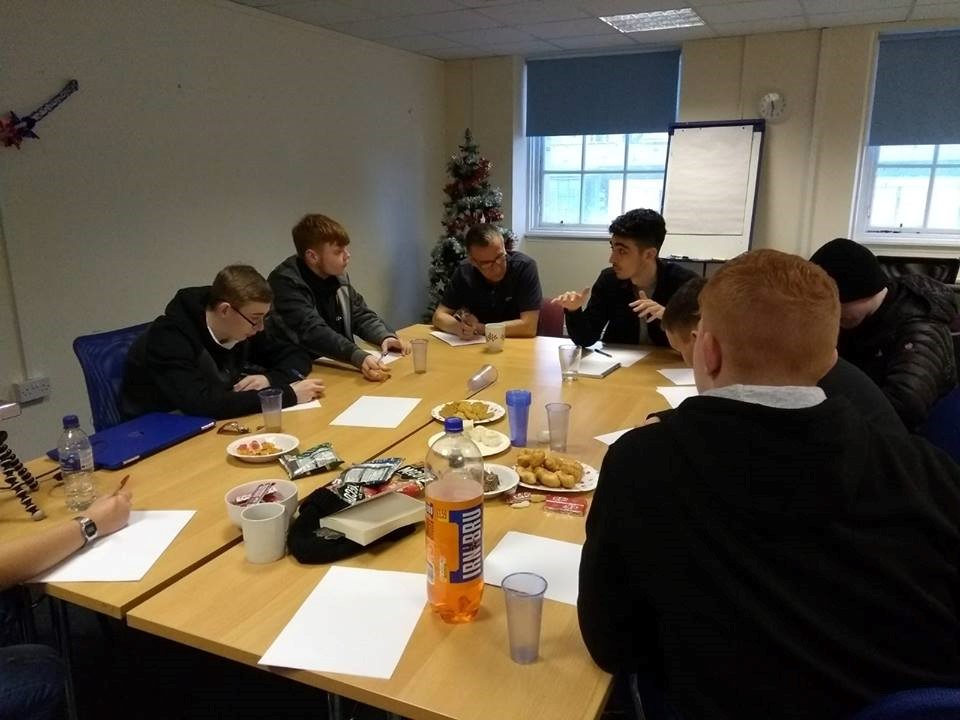